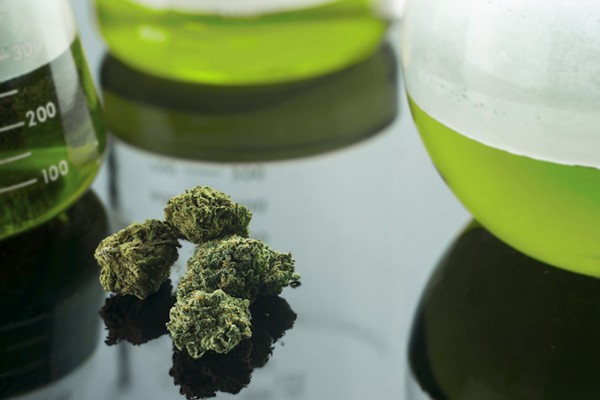 Marijuana is indeed a many splendored thing. While humans have been using the stuff effectively for some 6,000 years, we’ve only known about the active ingredients — cannabinoids — since 1940, when CBD was isolated. THC wasn’t discovered until 1964 during a drive to figure out what it is in marijuana that gets you high. Research never got too far on the subject due to government discouragement of cannabis research. Even today it’s difficult to get government permission to study marijuana.

Still, we are slowly peeling back the petals of the marijuana flower and finding out more about this wondrous plant. Some people’s interest ends at THC. All they want to know is how much is present in order to achieve the desired effect. Though CBD has always been associated with the healing properties of the plant, the stigma against marijuana prevented development in this direction.

Now we’re starting to see CBN listed in cannabinoid profiles. Emerging information tells us that Cannabinol (CBN) may have antibacterial effects, acts as a neuroprotectant and anti-inflammatory agent, gives you the munchies, and helps with glaucoma. Don’t look for this on the shelf next to the CBD — it hasn’t reached its popularity potential yet. And generations of glaucoma patients report that hitting a joint works just fine.

There are at least 60 and possibly more than 100 cannabinoids in cannabis, and we’re just starting to figure out what they all do, although we do pretty much know them in the form and concentration found in the cannabis flower. By the way, we don’t call it “bud” anymore — it’s “flower.” Nor do we refer to “strains” — it’s “genetics.” Those changes in how we talk about marijuana reflect the deepening sophistication around marijuana.

Moving forward, not only are there a host of cannabinoids to figure out, but now science is telling us that a class of compounds known as terpenes in cannabis are part of the game too. Terpenes and turpenoids — which take their name from turpentine, the stinky solvent — are parts of the essential oils of any plants. These oils are part of the essences used in the traditional medicine practice of aromatherapy. More than 100 different terpenes have been identified in cannabis, which accounts for the myriad flavors from cheese and cookies, to lemon and blueberry.

Some cannabis chefs have learned to pair terpenes with flavors in food to further enhance the canna-dining experience. One terpene, myrcene, is considered to have the musky smell of cardamom and cloves. Beta-Caryophyllene suggests pepper. Pinene and limonene give the flavors that their names suggest.

Moving on, we now have flavonoids to consider. These compounds give color to plants. Flavonoids are pharmacologically active, and research is indicating that cannaflavins — flavonoids in the cannabis plant — are being touted for their anti-inflammatory properties. A recent study found that one cannaflavin was effective in shrinking pancreatic cancer tumors.

Cannabinoids, terpenes, flavonoids? They are the forefront of a marijuana sophistication that will move into wine snob territory. The colorful names such as Sour Diesel, Cookie Dough, and OG Kush will be replaced by a profile of cannabinoids, terpenes, and flavonoids aimed to micromanage your mood or engineered to pinpoint a specific medical condition based on specific genetics of the patient. We don’t know why some people have a wonderful time with pot, while the same stuff makes someone else paranoid. It may be possible to get deep enough into the chemistry of cannabis to figure out and fix that problem.

This all points to the entourage effect of all the compounds in marijuana working together. Maybe the THC gives euphoria, but maybe something else directs the dimensions of that euphoria or enhances certain aspects of it. Maybe we get to where we can get some LOL weed for an evening with the gang, or something with a little more introspective effect because you’re going to the symphony.

Once upon a time you just bought weed because that’s what your dealer had. Occasionally you got a choice of something fancier from some exotic-sounding place. There was no choice of sativa or indica or several different strains — oops, I mean genetics.

When things changed and you could go into a store and a budtender could offer you indica or sativa, it was like a revolutionary concept. Unfortunately, that’s about as far as they’ve gotten at the provisioning centers. They show you stuff and don’t make claims about the efficacy of what you’re getting. I believe that to be a condition of the medical marijuana atmosphere. As we move into adult-use, I hope folks loosen up in talking about their products.

In the end, good marijuana seems a lot like good music. It comes in myriad different flavors and formats. Just as the instruments have to coordinate, with weed a lot of elements come together from the person and the cannabis to produce a pleasant experience. Each time is different and can traverse the entirety of the human emotional spectrum. And while it speaks to us so intimately, we really don’t know why or how it gets so deeply into what we are.

Maybe I’m going a little too far here. To some people it’s still just weed, and all that other stuff just complicates it.

Former Detroit Lion Calvin Johnson has joined the board of the Michigan Cannabis Industry Association — obviously a high-profile name that brings some recognition to the table. Johnson and former Lions teammate Rob Sims — whose Primitive brand license has achieved prequalification status — plan to open cannabis businesses throughout the state. Obviously, it’s in his interest to work toward keeping the industry viable. A MCIA press release said that Johnson and Sims “recognized the benefits of cannabis for treating issues like chronic pain shortly after their NFL careers ended.”

Johnson and Sims have announced an agreement with the International Phytomedicines and Medical Cannabis Institute of Harvard University to research the benefits of medical cannabis. Maybe this is an opportunity for the Detroit Lions to reach out and try to mend that breach with Johnson. If the Lions were to embrace medical cannabis and maybe enter into some kind of research agreement around cannabis and brain injury with their former Pro Bowl player, maybe some burned bridges could be mended. Not that this idea has any basis on anything that has actually happened, but maybe owner Martha Ford wants to work on her legacy. (It’s worth noting that marijuana is still banned by the NFL.)

Now that the MCIA has brought up their board members, let’s check out who else is on there: Andrew Driver of Driven Grow, Mark Passerini from the Om of Medicine, Jeff Nemeth of ACT Labs, Sam Usman of PG Manufacturing, Alvin Alosachi of Green Genie, Nick Agro of High Level Health, Rush Hasan of The Reef, Jerry Millen of The Greenhouse of Walled Lake, Linda Palmatier of The Spott Laboratory, Jason Abro of District 3, and Jeven Weyenberg of Lake Effect.

It’s good to see that Nick Agro is still hanging in there. Agro was one of the victims of the Oakland County sheriff and prosecutor back in 2010 when the Clinical Relief provisioning center was busted. Agro’s parents and brother were also arrested, and his father suffered a deadly heart attack a few days later. Agro has been pretty quiet since then, but someone who has suffered the outrage that he’s gone through deserves a seat at the table. 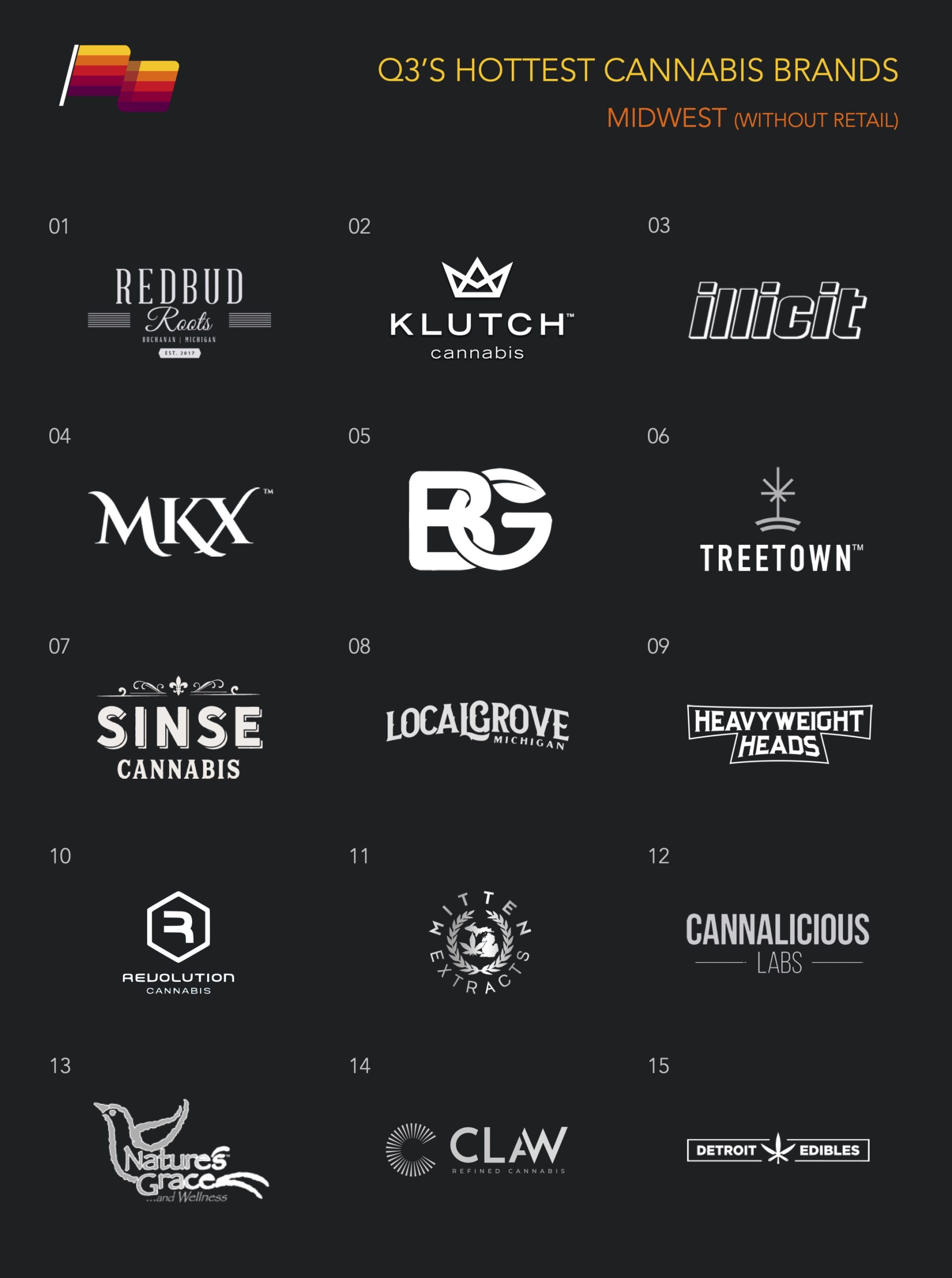 Hope the fall season continues to treat you right.  Today, we're sharing Pioneer's take on Q3's hottest cannabis brands (Midwest edition) and diving into aeroponic specialists, Aeriz.  Before all of that, here are three quick thoughts:Last week on LinkedIn, we published Q3's hottest dual-state operators.  As noted in the post, Pioneer closely follows brands in the early stages...

Story via healthline Feel like cannabis isn’t working for you the way it used to? You might be dealing with a high tolerance. Tolerance refers to your body’s process of getting used to cannabis, which can result in weaker effects. In other words, you need to ingest more... 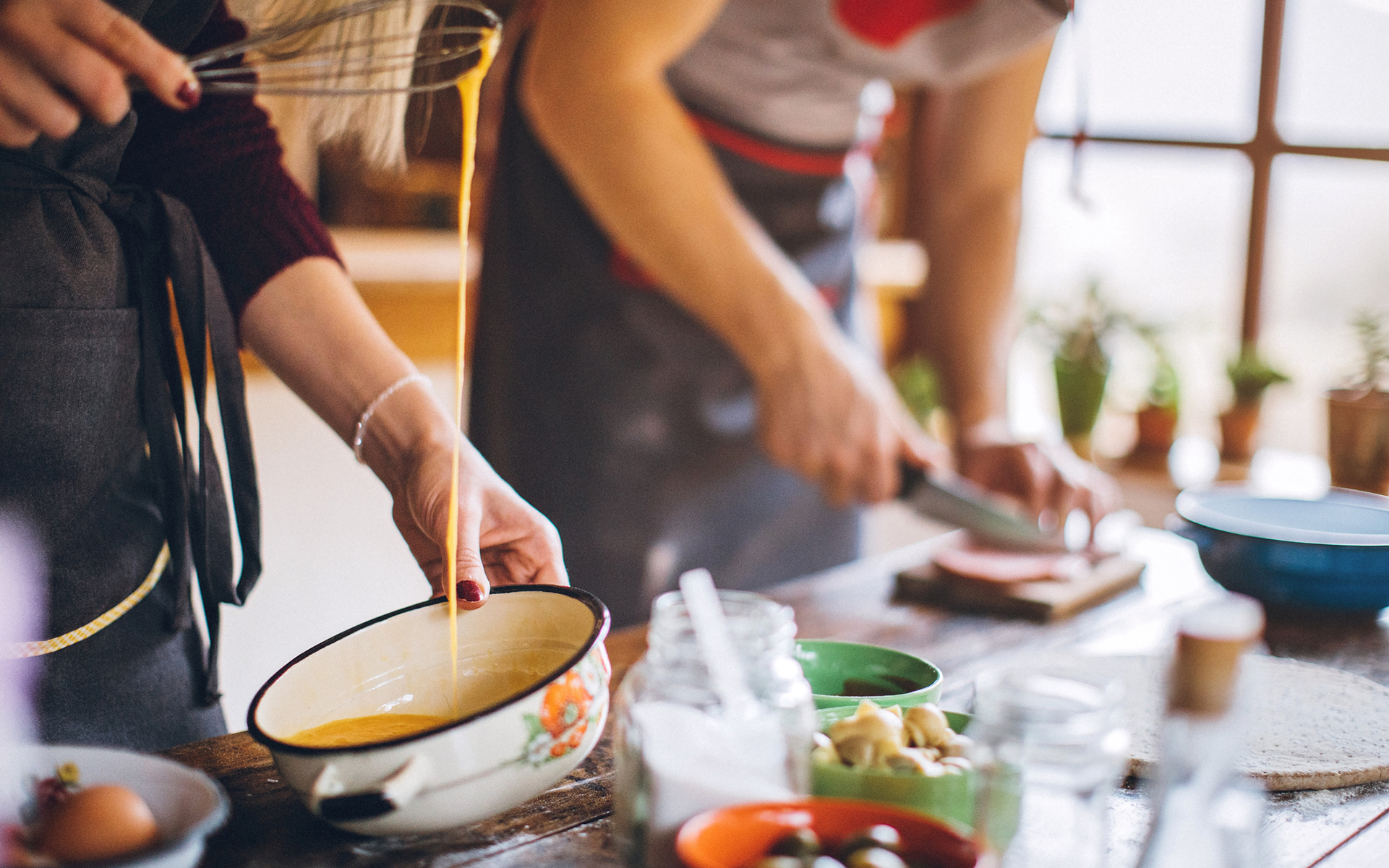 Story via: Leafly For years, I prepared my homemade cannabis edibles with the same process, blind to the small mistakes I was making along the way. Yes, I achieved a product that would do the job (sometimes too well), but I had no idea that I could improve the flavor and consistency all while...